The history of Archipelago cuisines: Celebrating centuries of taste

Originally known as a spice-producing country, Indonesia offers plenty of spice-based Indonesian cuisines. Since then, Indonesia’s interactions with the outside world have created a wide variety of cuisines that appeal to any taste.

A lot of Indonesian food is well known worldwide. Rendang, nasi goreng (fried rice), and sate (satay) have really served and satisfied casual diners and serious foodies alike. Here are some of the archipelago’s cuisines and the history behind them.

In a review written by a historian at the University of Andalas in Padang, Gusti Anan, rendang is supposedly related to how Minang people used to travel. Minang people often traversed the waterways to the Strait of Malacca and made their way to Singapore around the 16th century. It was a long journey, and they needed food that could last a long time without going bad. Rendang is derived from the word “merandang”, which means to slowly cook coconut milk until it is dry. Because it could last for long periods of time at room temperature, dry rendang was a great choice for the long trip. This is considered one of the most accurate theories that explains the origin of rendang.

Another reference states that rendang was initially influenced by the arrival of Indian traders in Minang around the 15th century. They often cooked with curry, and the heir to the Minang throne, Pagaruyung, said that rendang might taste even better when made as a curry. The difference between the two is that curry is more of a wet dish while rendang is drier, which helps to preserve the food.

Fried rice has many varieties across different countries, and Indonesia’s fried rice has its own characteristics primarily because of the spices used in the cooking process.

According to literature, Chinese people started to cook fried rice in 4000 BC. They were prohibited from eating cold food, and they also did not dispose of any leftovers. The cold excess rice was then re-cooked with various spices. When the Chinese nomadic community interacted with Indonesians during trade, the chinese fried rice that was previously mixed with pork was then adapted to local conditions. This story is considered the starting point of the popularity of Indonesian-style fried rice.

A literature source states that soto comes from the Tamil region of India, where some of the residents had to flee due to the war that occurred around 2200 years ago. They then travelled to Indonesia and also brought along their cuisine, such as curries. One of the dishes was called sothi, a popular vegetarian dish as many Indians are Hindus and do not eat beef. This curry was then adapted to the Indonesian flavours and over the years has evolved into various kinds of soto, like soto madura, sroto banyumas, coto makassar, and many other variations.

There are different versions of the origins of satay. Some say that satay comes from Arab, Indian, as well as Chinese traders. In many of the versions, it is mentioned that satay was developed mostly in Java and Madura. From those places, satay was adapted to many local tastes, such as satay maranggi and satay padang.

This typical dish from Yogyakarta was reportedly made when the Islamic Mataram Sultanate was established in Mentaok Forest, Kotagede Yogyakarta in 1500s. At the time, there were many jackfruit, coconut, and melinjo trees (gnetum gnemon) being cut down. As fruits were abundant, the workers took the initiative to make dishes using them. To cook, they had to stir the fruit using a certain tool that looks like a paddle. The stirring process – called “hangudeg” in the Javanese language – helps create this dish called gudeg. As cultures evolved, gudeg – which originally had some sauce – is now also cooked as a drier dish so that it lasts longer. 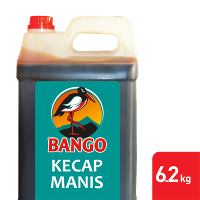